The Top 5 Reasons the Pros Use Brite Tanks 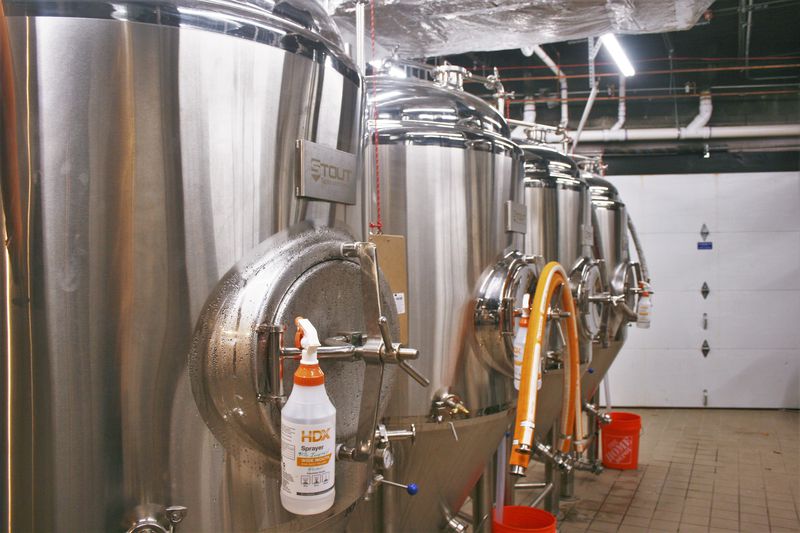 The brite tank is a standard piece of equipment in commercial breweries. As a home brewer, you may be aware of what a brite tank is, but you might not know why the pros generally opt to use one. Understanding their reasons could cause you to rethink whether you want to use a one.

CedarStoneIndustry, out of Houston, TX, defines the brite tank as a stainless steel storage tank that finished beer is placed into prior to bottling. The brite tank acts as the final stop before beer goes off to consumers. Perhaps this is one of the reasons that home brewers do not see the need for a brite tank. Their beer is not going anywhere.

If you are a home brewer who doesn’t use a brite tank, at least consider why the pros use them. If their reasons are similar to the goals you have for your own beer, maybe you should think about getting your hands on a brite tank.

Right from the start, the brite tank is so named because it is where you place your bright (clear) beer. But even the best beers are not completely clear when they go into the brite tank. Time spent in a brite tank allows any remaining sediment to settle to the bottom for eventual removal.

To put this as simply as possible, utilizing a brite tank typically results in a brighter, cleaner product. You may want your beer to be hazy gold or light brown. But if not, a brite tank could be your secret to success.

No brew is complete until it has been carbonated. Because brite tanks are pressurized, they make carbonation more efficient. You can carbonate your beer with less effort, less energy, and less time. How much less time? It might take up to a week to allow beer brewed at home to carbonate naturally. But with a brite tank and a carb stone, a full batch can be carbonated in 24 hours. There is also no risk of carb bite.

Maintaining a consistent head pressure during carbonation prevents carb bite and over carbonation. You can pretty much automate that process with a brite tank and a decent carb stone. And when head pressure is correct, you end up with the optimal carbonation level, whatever that might be to you.

This one point is something often missed by home brewers. It is the point of aging and conditioning your beer in the same vessel. Doing so is one of the main reasons commercial breweries prefer brite tanks. Aging and conditioning in a single tank adds a unique character to any batch of beer.

Yet another reason commercial breweries prefer brite tanks is that there is less cleaning involved. Because the same tank is used for carbonating, aging, and conditioning, there is only one tank to clean when it runs dry. Use separate tanks and you have a lot more cleaning to do. Cleaning is not necessarily hard thanks to stainless steel construction, but it still has to be done. Why clean multiple tanks when you can clean just one?

Utilizing a brite tank makes a lot of sense in a commercial brewery. It also makes sense at home. If you routinely brew your own beer, consider investing in a brite tank. You could eventually discover it was the best investment you ever made in your brewing operation. And if not, you can probably still sell it to another hobbyist.

Which Is The Best ORM Agency To Develop Your Online Business?

The Upsides of Using a Virtual Office Address